The end...or should we say the beginning!

It's been an extremely long 2-1/2 years but we finally made it!  When we look back at how far we've come we're kind of amazed!  Our dream has become a reality and our studios are now open!!

For those of you unfamiliar with what we offer, here it is in a nutshell:

We offer studio space and equipment on an hourly rental basis.  You do not have to be taking a class. We have a painting/drawing studio, a printmaking studio with a Conrad E-37 etching press, a pottery studio with 6 Brent wheels and a large electric kiln, and a B&W photography darkroom with 2 enlargers.

No commitments!  No memberships!  Just come down and create on your own terms!

Visit our website at www.theartestablishmentstudios.com or call us at 610-807-9201. 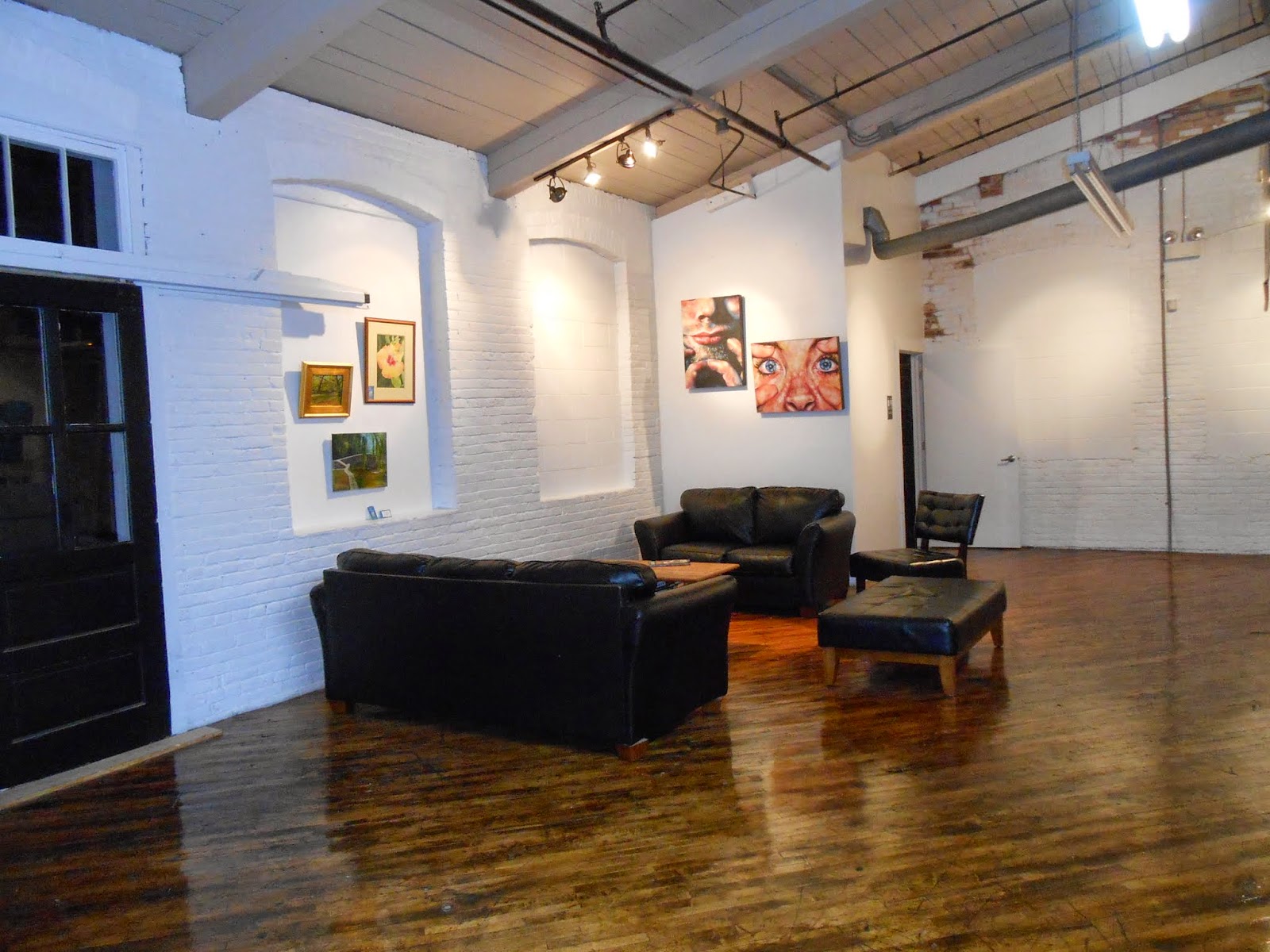 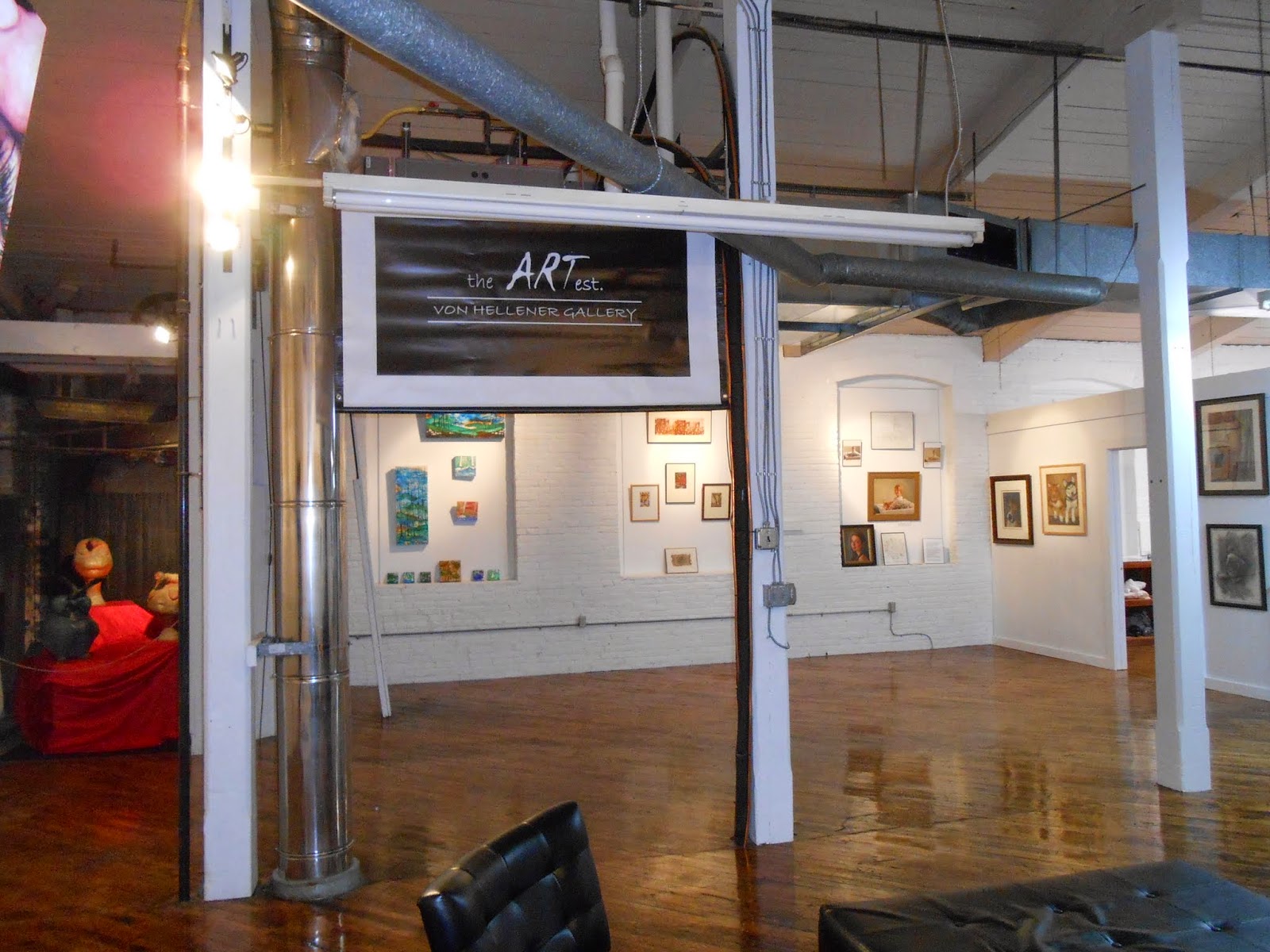 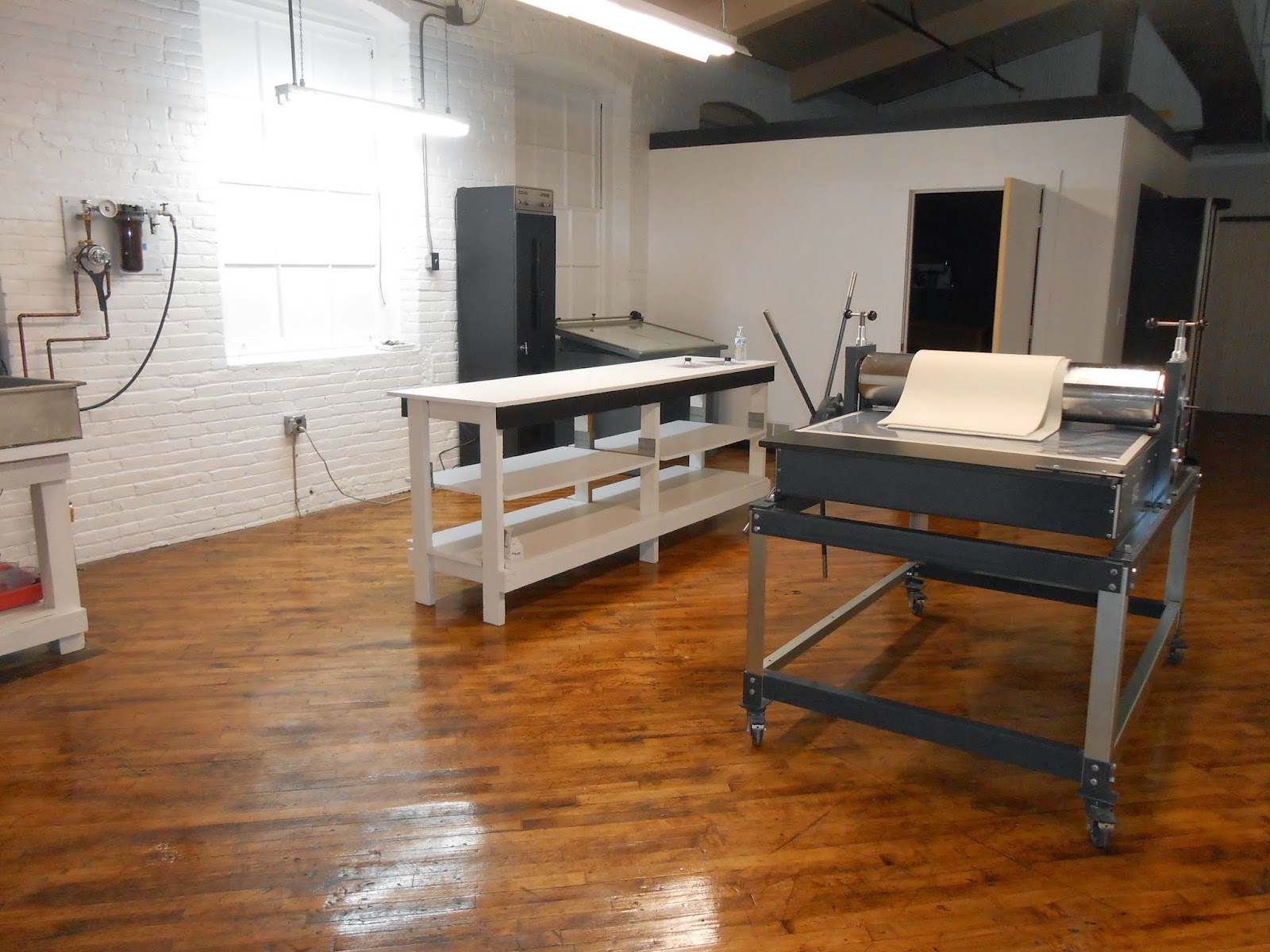 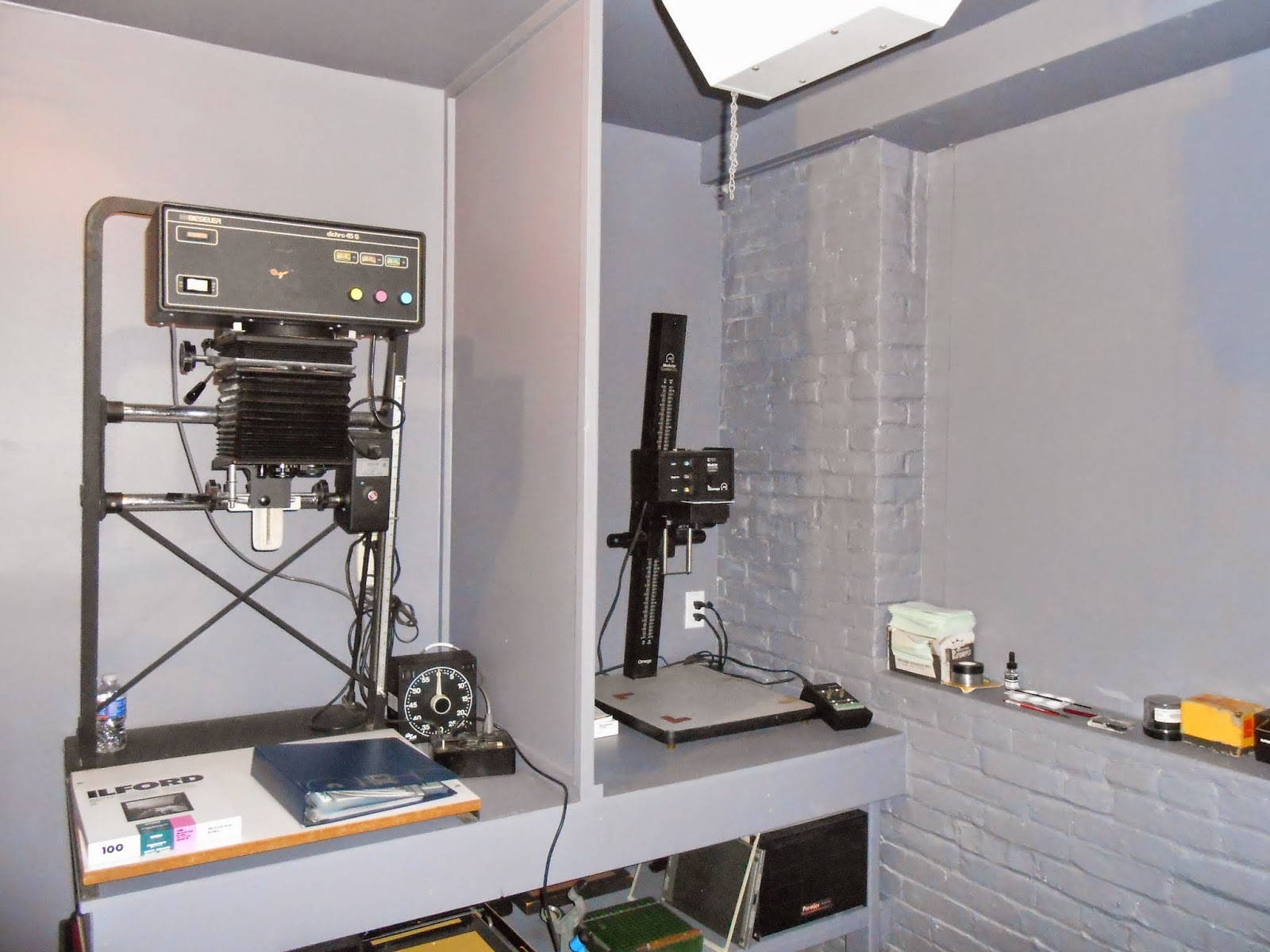 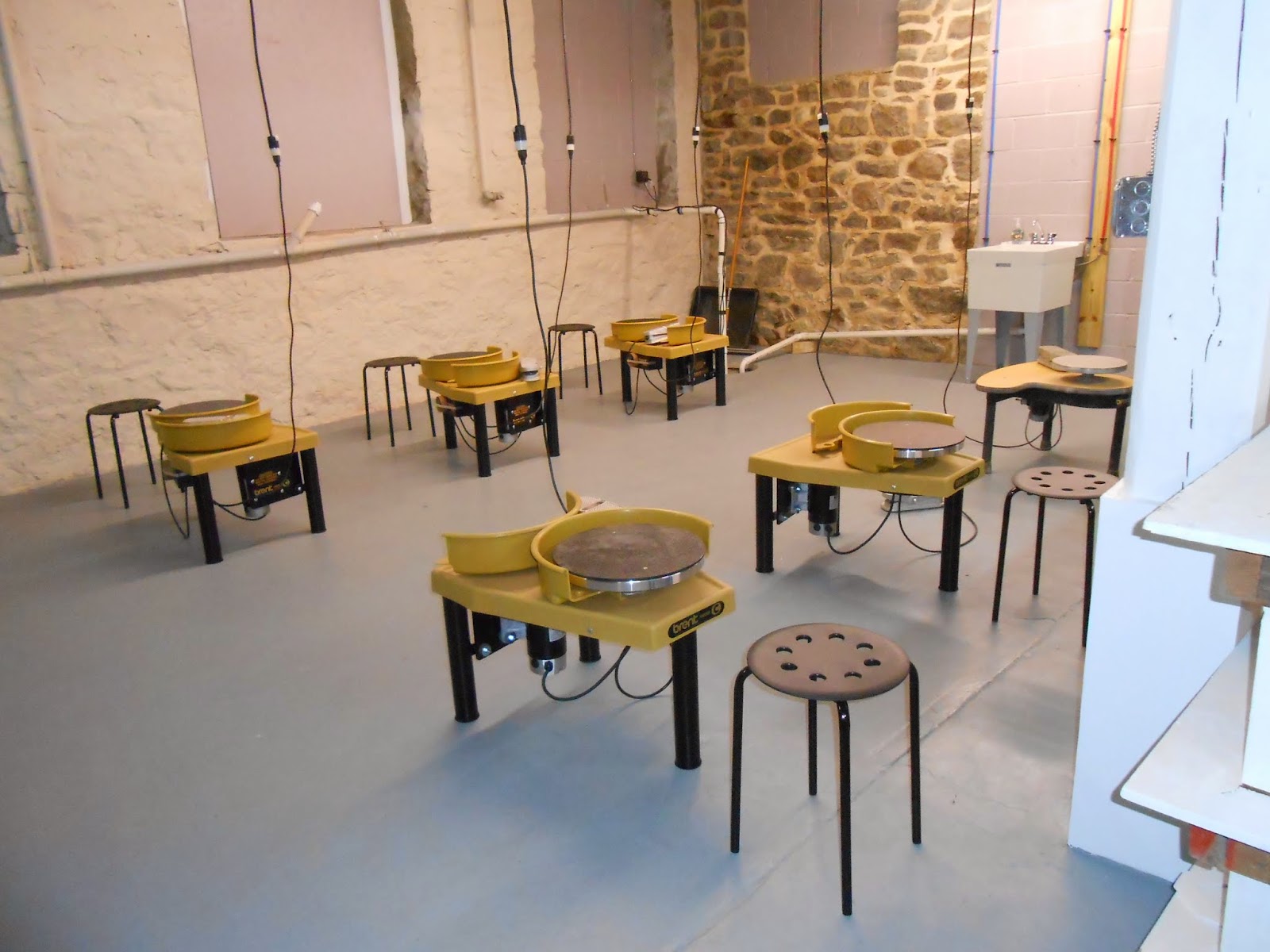 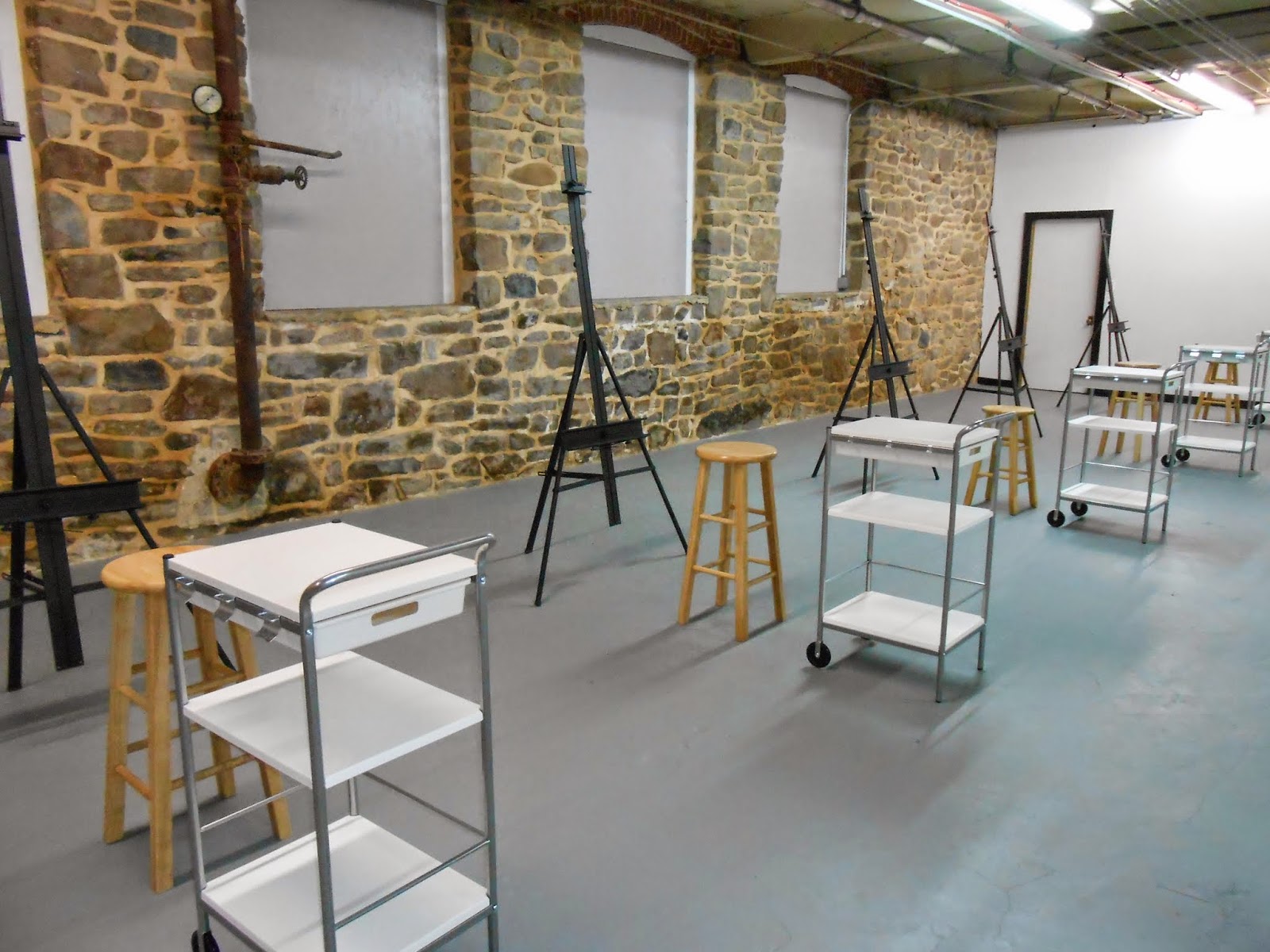 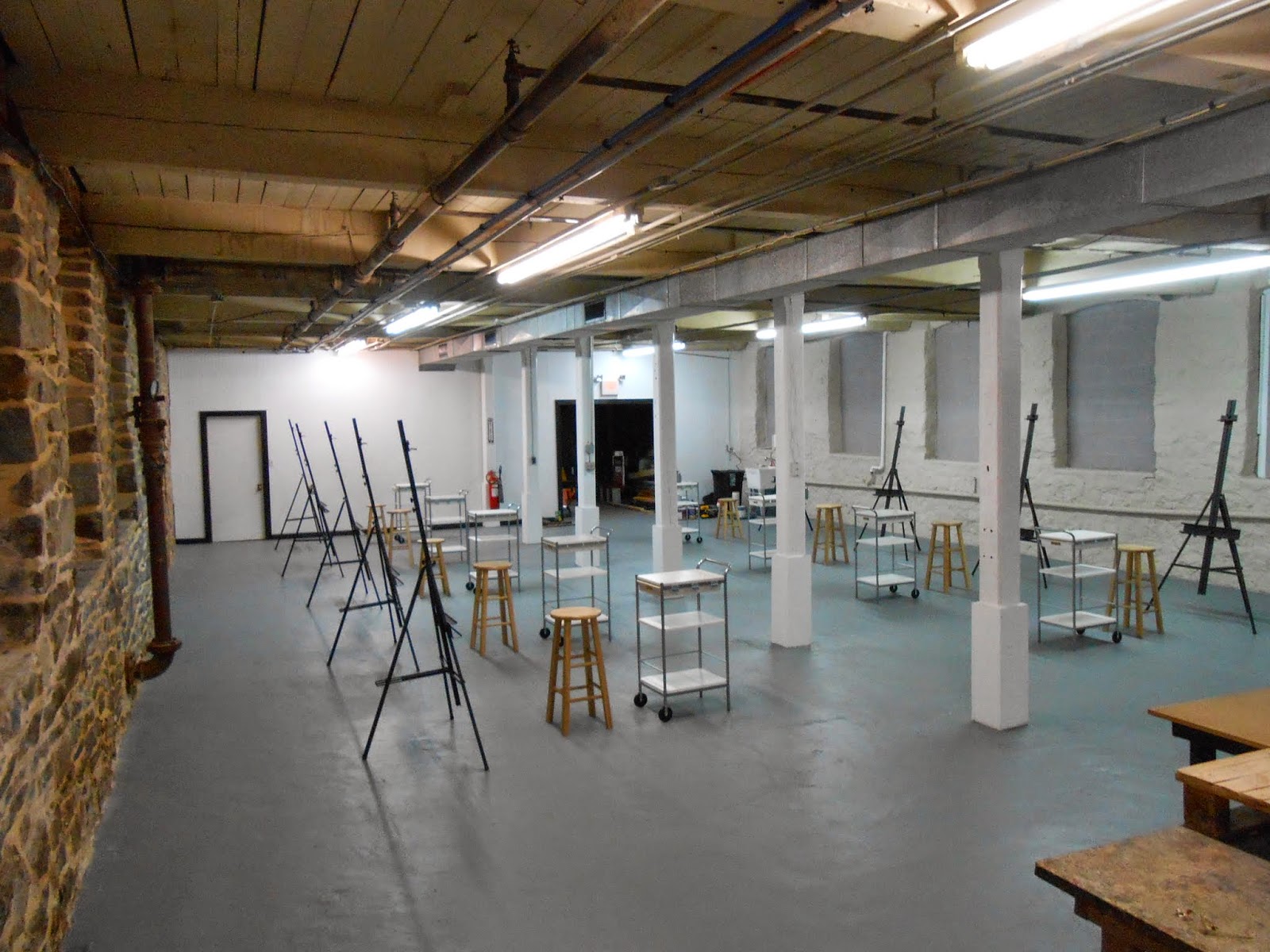 Things are really moving along!  We had our building inspection yesterday and it went well, except for a few minor things we need to do/fix.  Nothing we can't handle.  We are in the process now of having all of the electrical work done - and there was a lot of it!  We practically had to have the entire place rewired.  Our electrician would work on one outlet and find that the wires were bare or the wrong size, and have to rewire it.  Everything he touched seemed to open another can of worms.  I guess when you're dealing with a 100 year old building, things like this are bound to happen.  It turned out to be a MAJOR job, but it's more than halfway done.  In the next couple of weeks, he's going to wire the pottery studio for the wheels and kilns and do various other work downstairs, and then that phase of the project will be done.  (Phase, get it?  Electrical humor).

Tom and I are in the process of cleaning and setting up, as well as finishing the million little details that need to be done.  But we have made major progress since our last post, as we hope the following pictures will attest to! 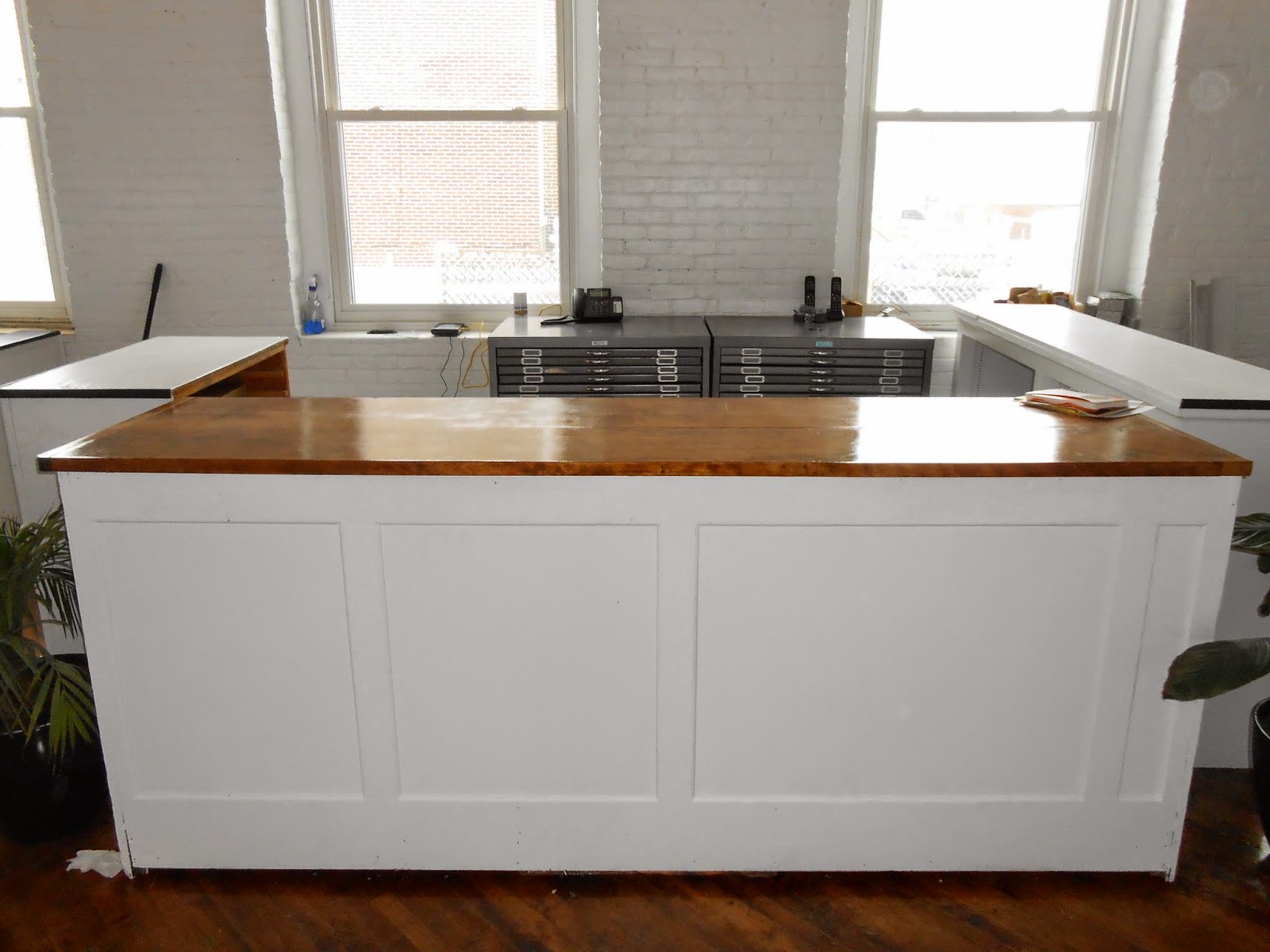 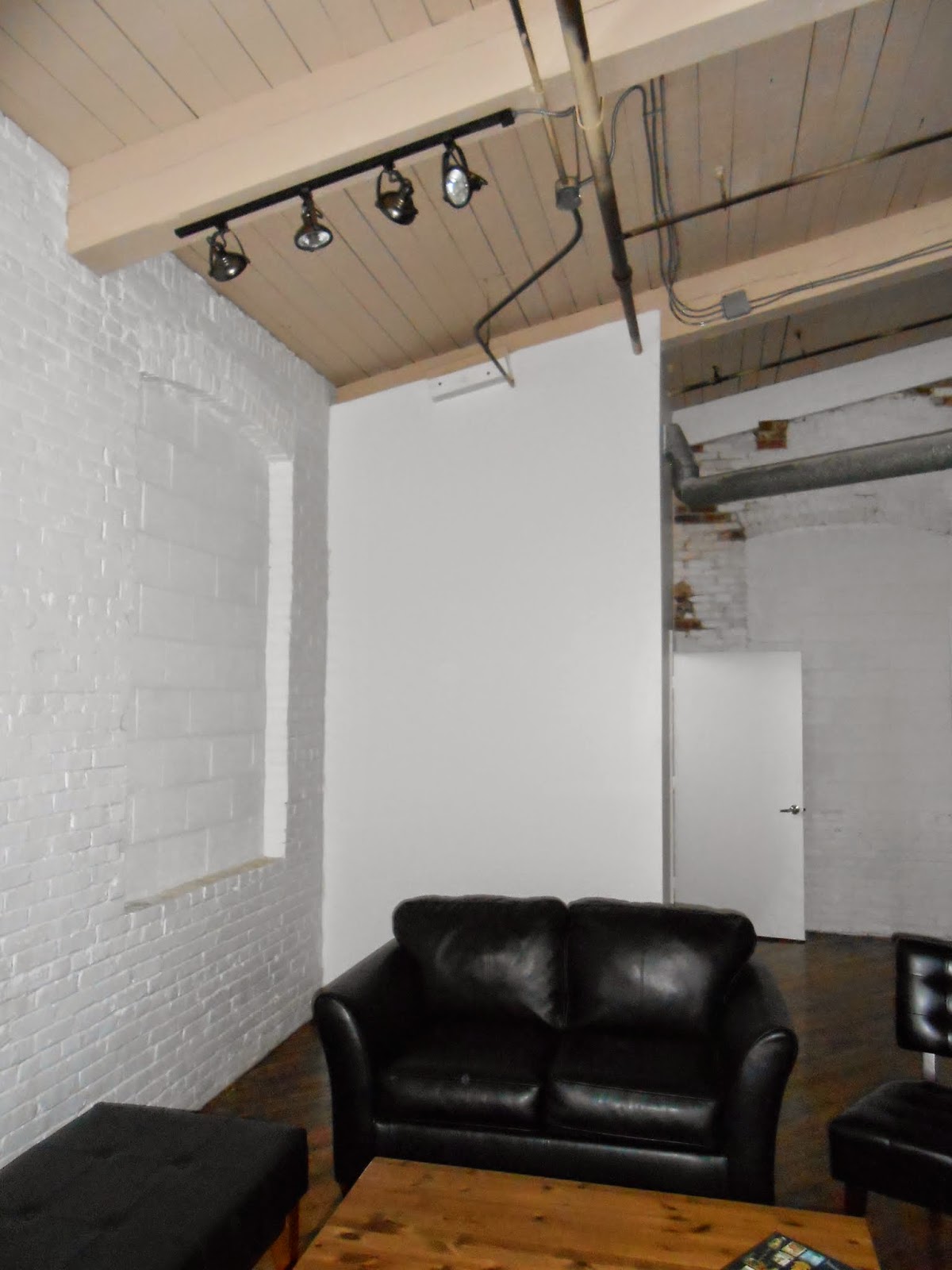 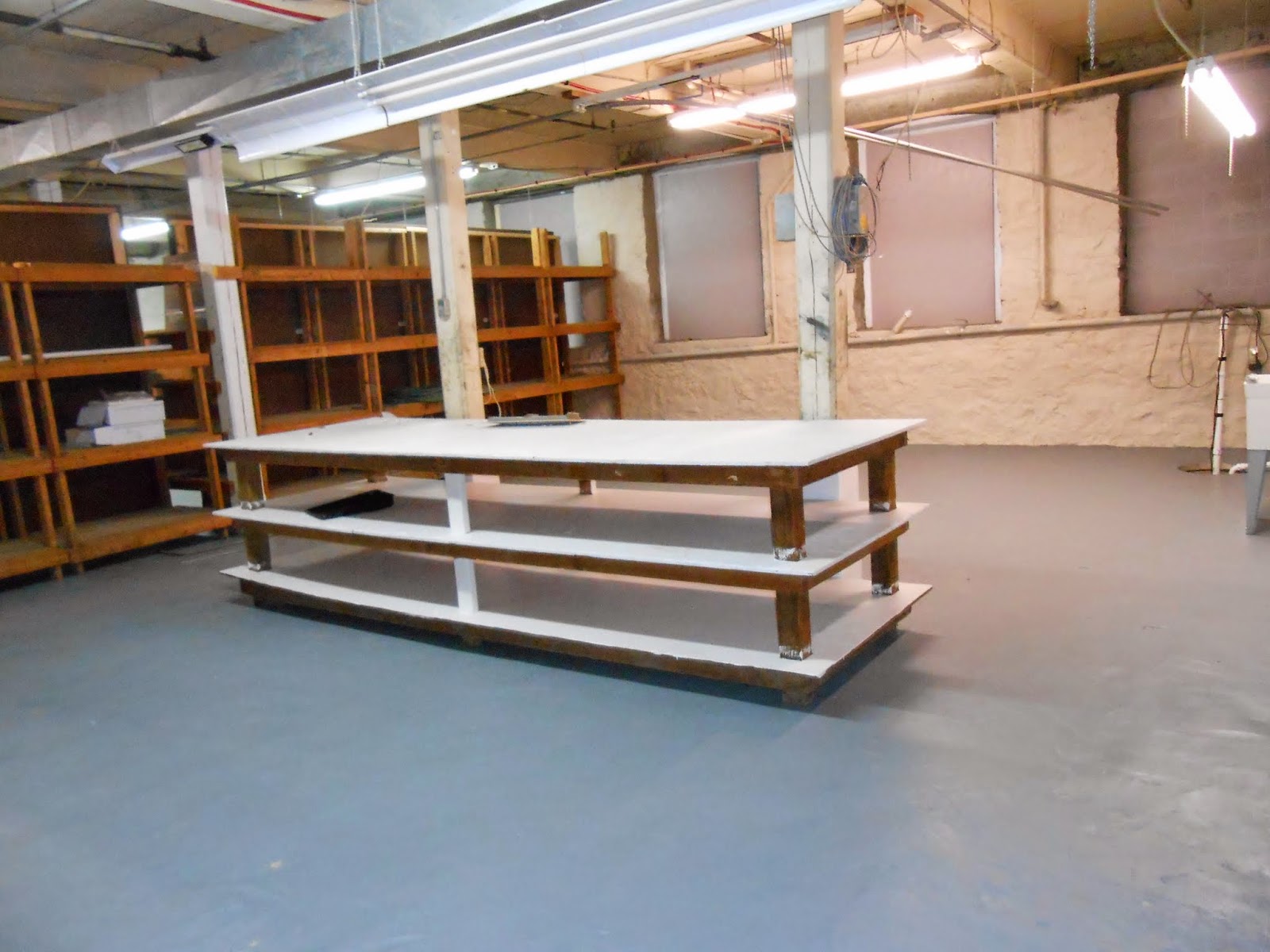 ...if it was we would have hired the same contractor!

Why have we been away from this blog for so long, you might ask?  Well, it’s because we’ve been super busy getting stuff done!  Our new contractor is amazing, and we’ve accomplished an incredible amount of things in the last couple of months and are delighted to share them with you! 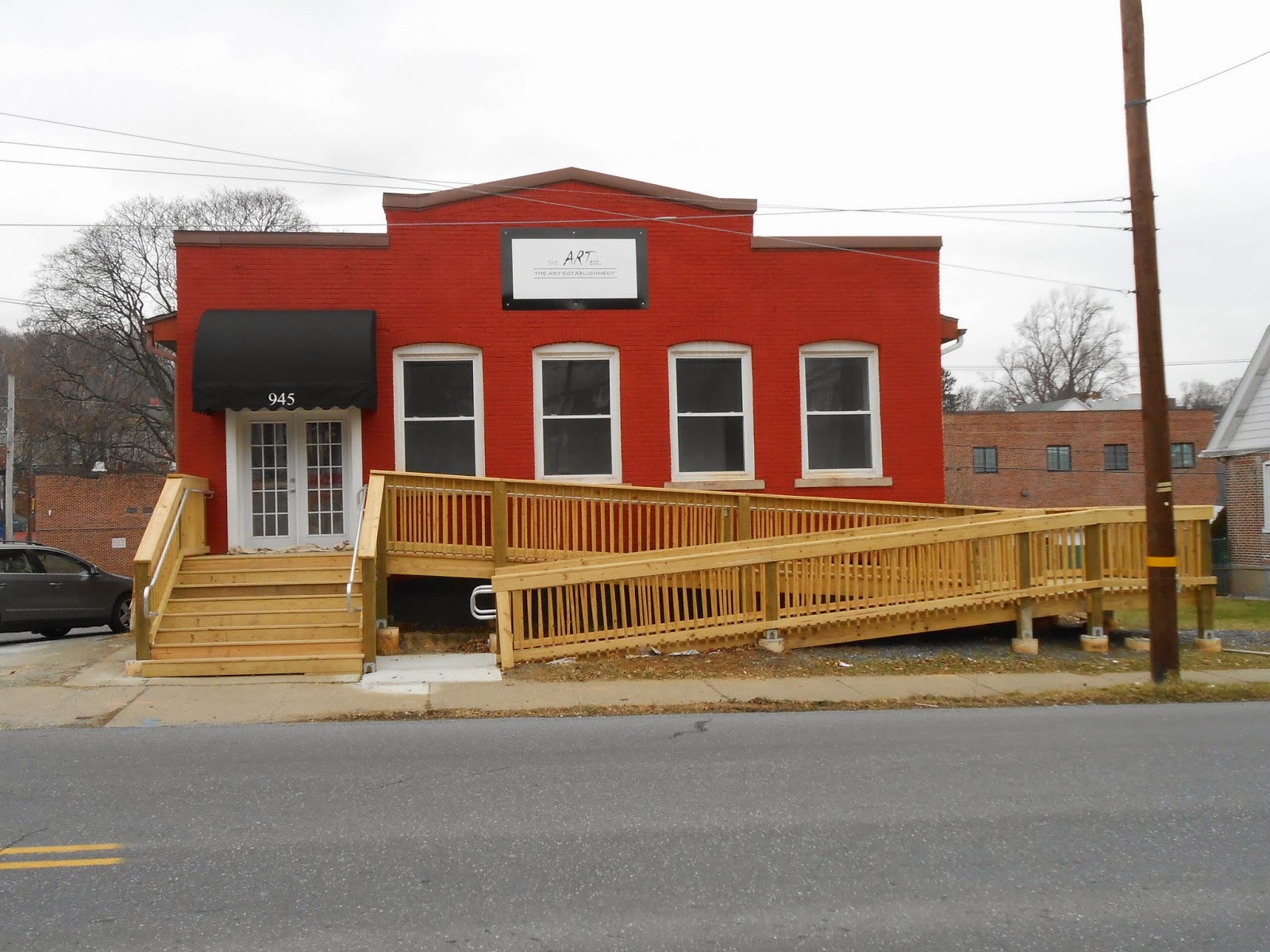 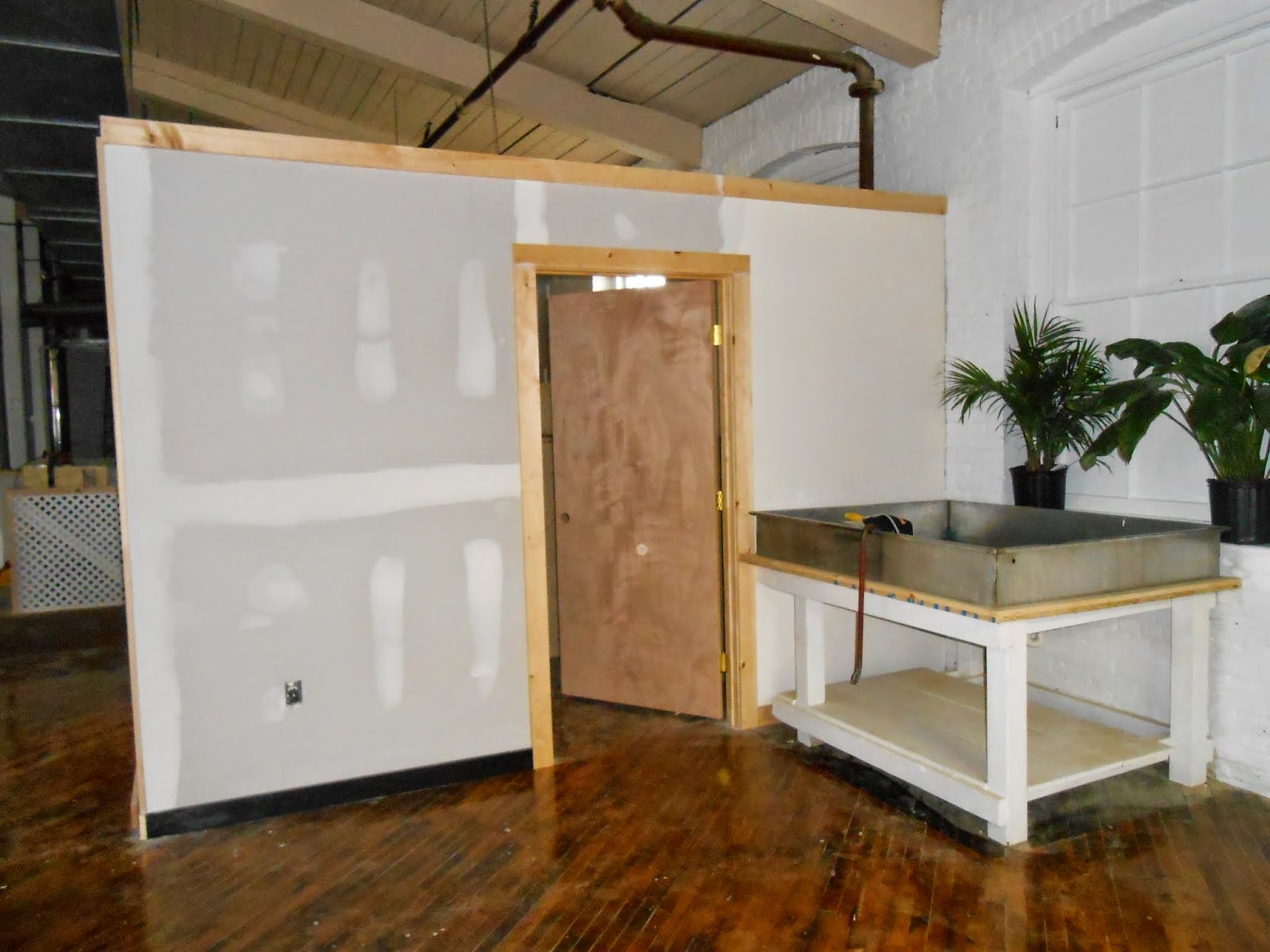 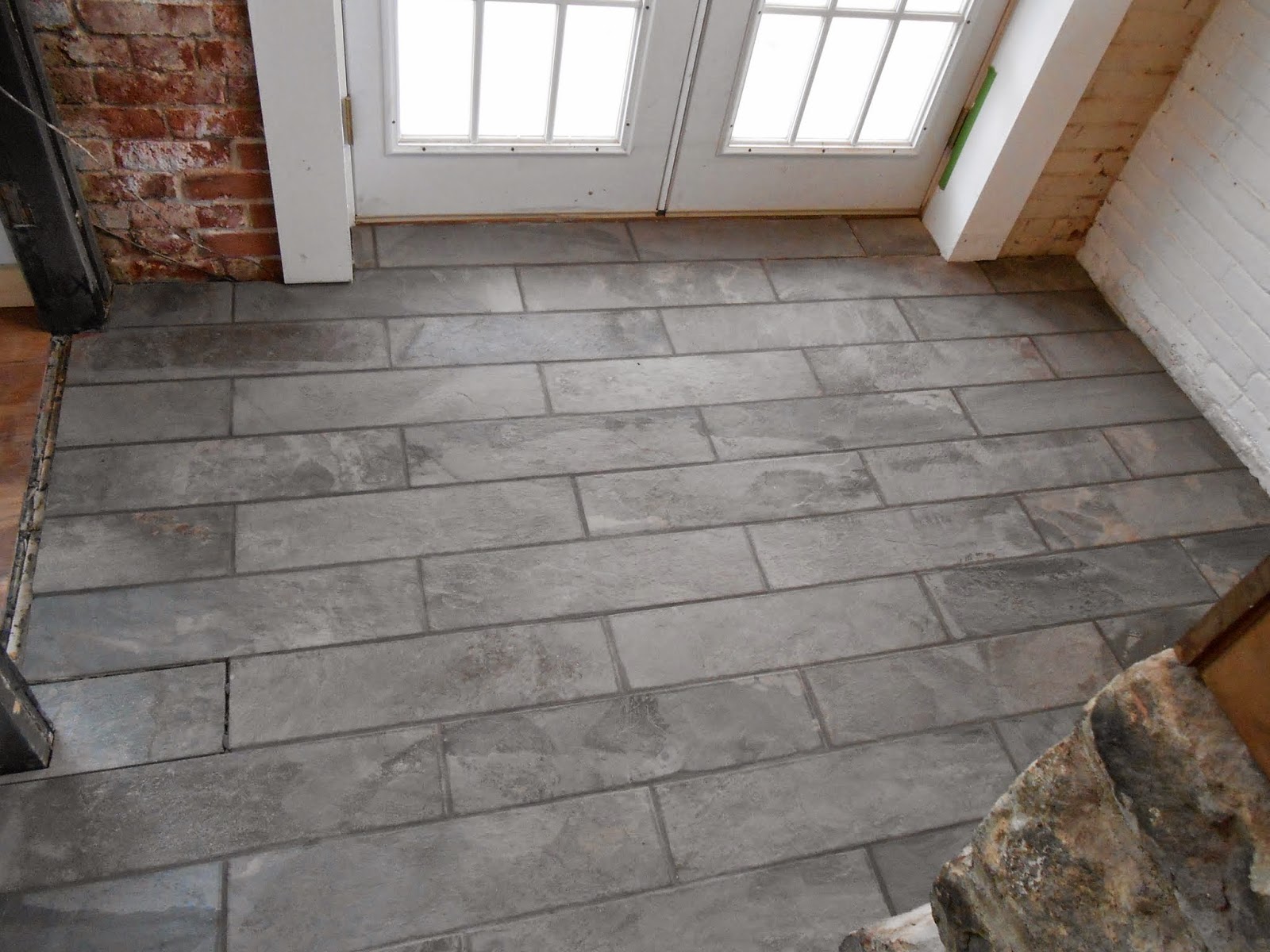 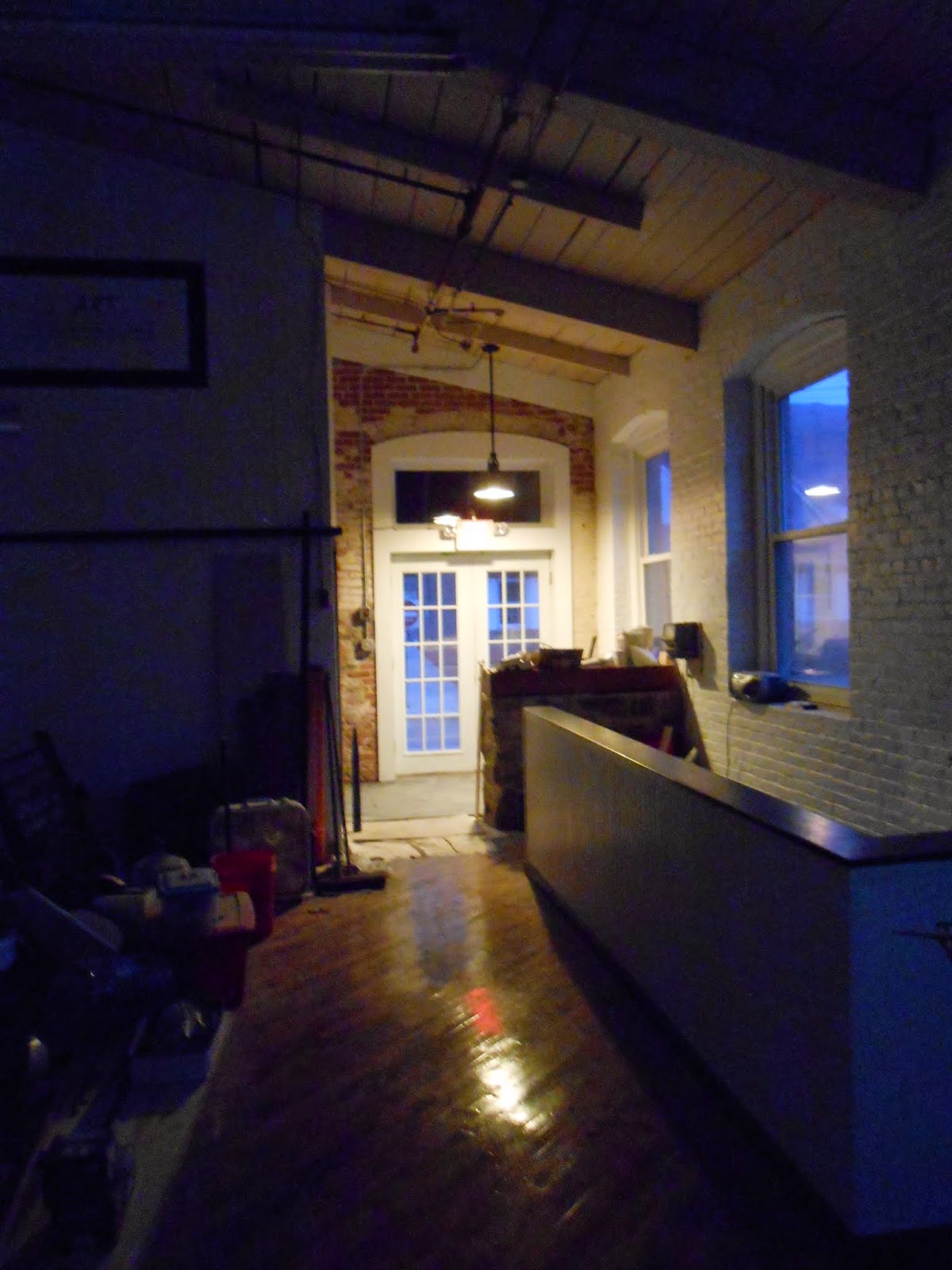 Some of the other things we've done/are being done:

Big changes afoot at The Art Establishment!  First, we cut ties with our contractor of a year and a half.  The work was proceeding waaaaay too slowly, was becoming way too expensive and the quality was becoming shoddy.  So, we hired a new contractor last Monday and fired our old contractor the next day.  New beginnings!  Our new guy, Oscar, has proven to be an honest and hardworking guy.  The first thing he wanted to do was re-do the support beams that our old contractor reinforced with concrete last year. Oscar didn't like the look of the cracks in the concrete. 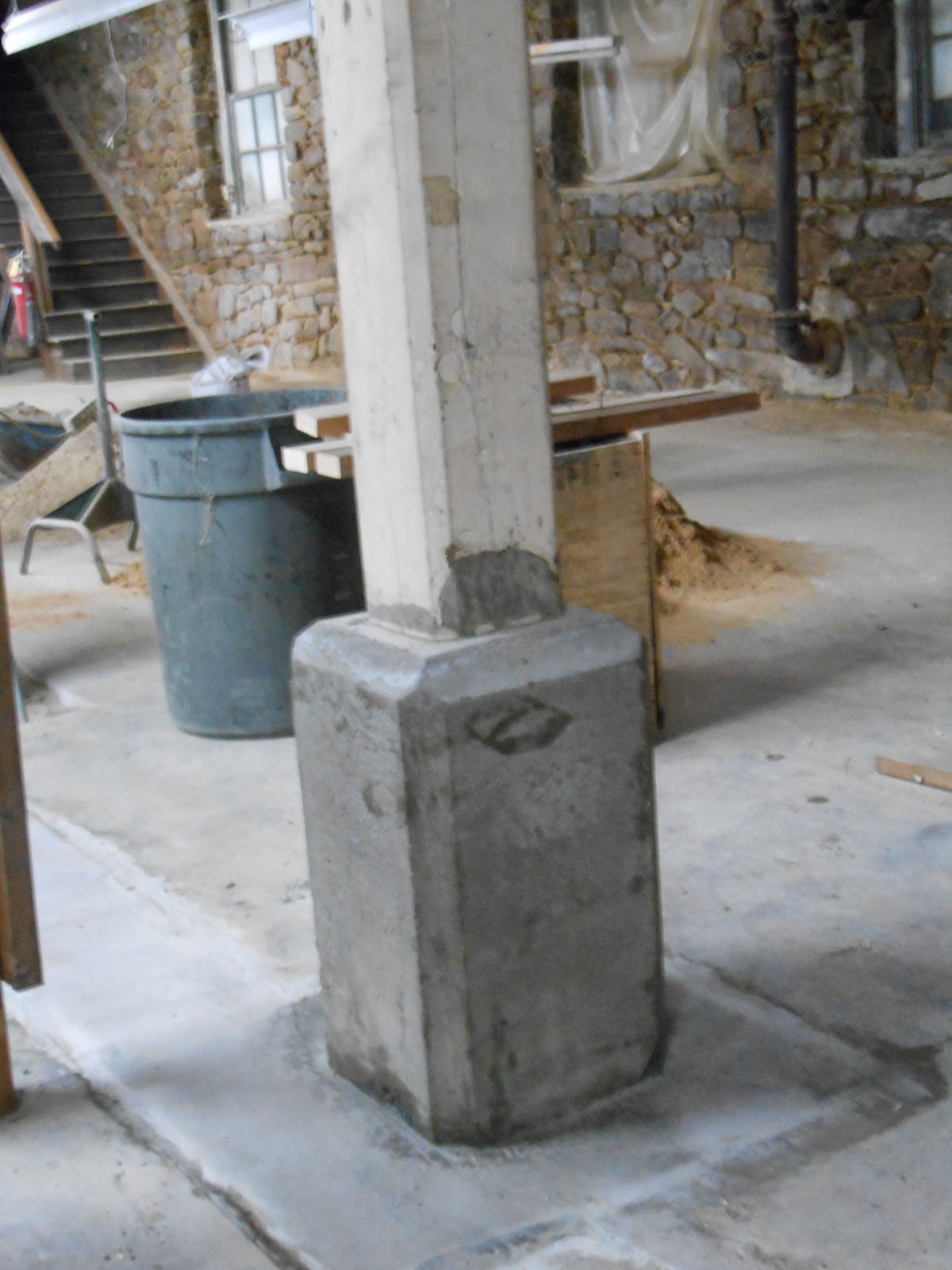 The idea was to cut the beams off at the bottom because they were compromised due to moisture damage, then pour concrete into a mold surround and when it dried, we would have a beam supported by concrete under and around it.  Well, our old contractor did 4, and we started noticing cracks.  Then the cracks got bigger.  So yesterday Oscar  knocked the concrete off , and lo and behold...the old contractor had only cut 2 of the beams and the other 2 he didn't bother to cut, but just poured concrete around. This just hid the problem and did not fix it.  Here's what we found:


Oscar is on the job now, and when we left him at 5:00 this evening, he was mixing concrete to patch the floor under the beams.  When we came back at 9:00, this is what we found:

In other news, progress has been slow but steady.  Here's what's been happening: 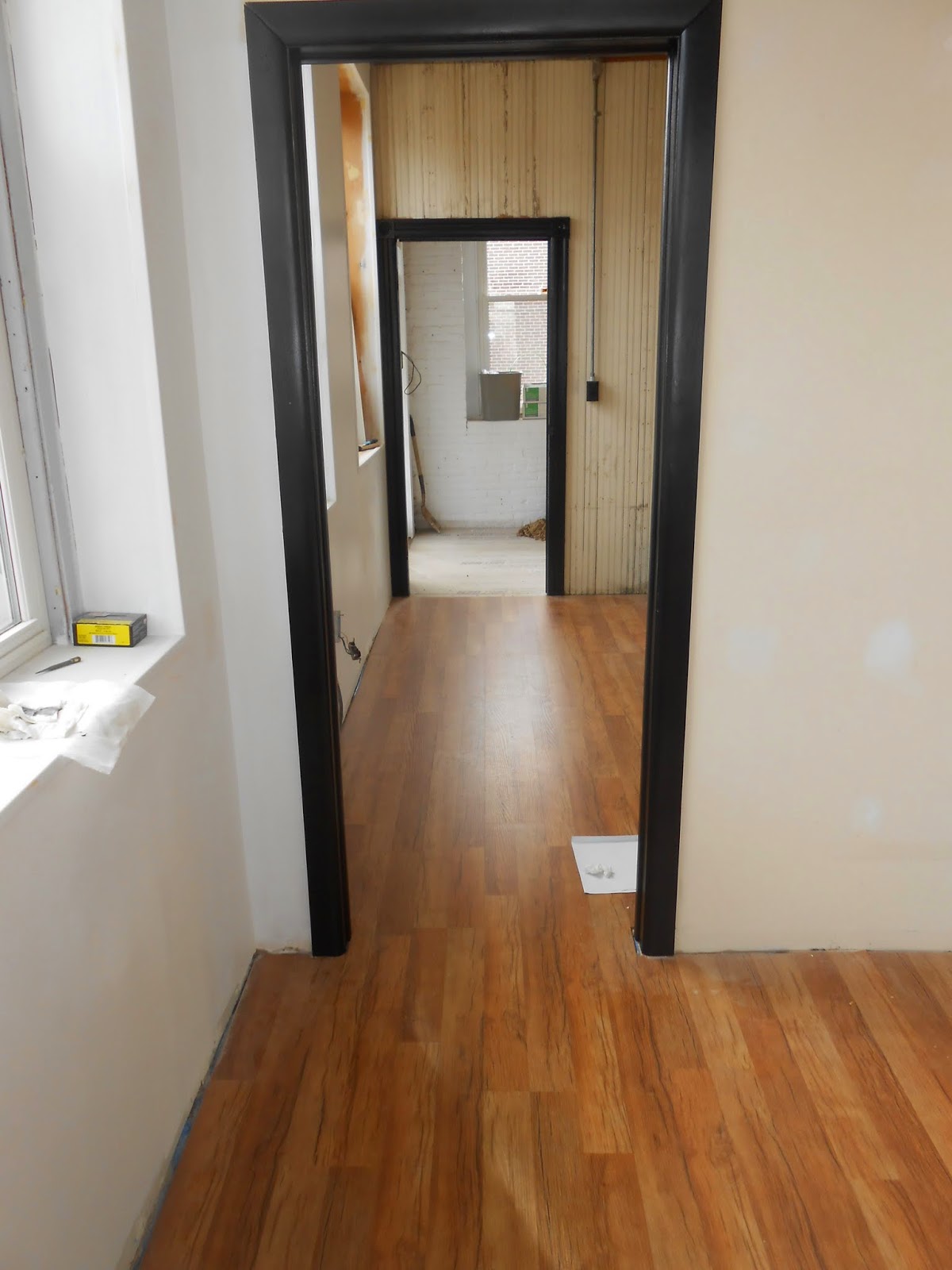 So that's all the news for now.  Stay tuned!  Hopefully things will start proceeding at warp speed!